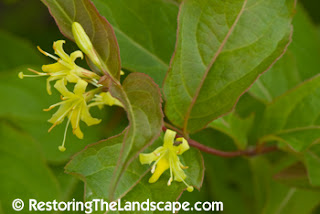 Bush Honeysuckle has become a popular landscaping shrub in recent years and is available at most nurseries. 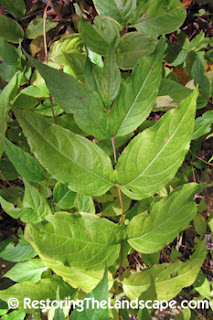 The five parted flowers are yellow and tubular and are a favorite of bees and moths. The flowers emerge in early June and flower on and off throughout the summer months. 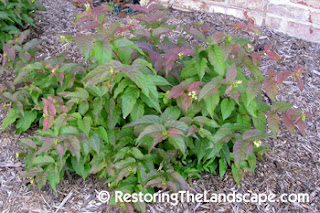 Bush Honeysuckle's native habitat is in mature woodland understories. It is very shade tolerant but can also handle part sun locations. It prefers a mesic to dry soil in uplands sites. 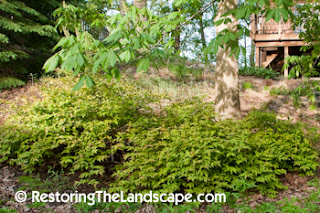 I have seen it growing on north facing slopes in the southern part of Minnesota. Also on steep gravel slopes in acidic soil in the Great Lakes region.

If the soil is rich, it can spread quickly by underground rhizomes and form a colony. We have planted Bush Honeysuckle in our yard in several places, it does really well in our gravel soils. 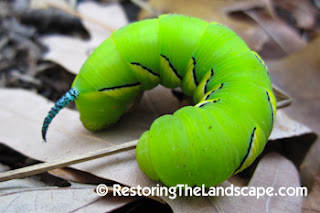 It makes an excellent shrub for massing under trees, and we have used it as a foundation plant where it won't grow above our windows.

Bush Honeysuckle is the larval host for the Fawn Sphinx moth (Sphinx kalmiae). 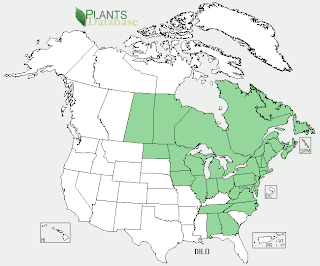 It is native to eastern North America.
See map.