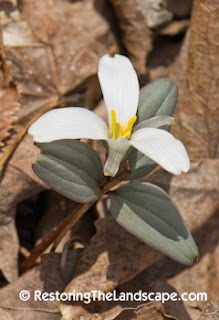 This tiny native Trillium is the smallest Trillium in the Midwest only growing about 4 inches tall. It is also one of the earliest flowering Trilliums, in central Minnesota its flowers can open as early as mid-April. This photo was taken on the 21st of April a couple of years ago. 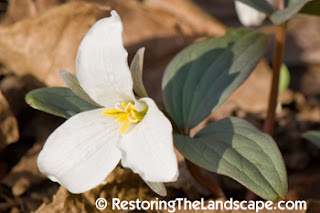 The three leaves are a light gray-green and arranged in a whorl around the stem. The flower is about 1 inch wide with three white petals. These tiny plants are very easy to overlook as they emerge from the leaf litter. 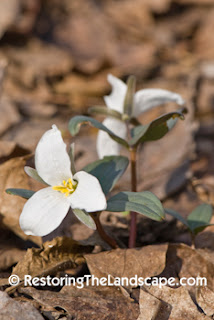 The status of Trillium nivale is somewhat equivocal. Although it grows in fifteen states and is considered "secure" nationwide, populations are considered "scattered to rare across its range" (NatureServe 2009). The species is listed as endangered or threatened in half of the states in which it occurs, and it is watch-listed or special concern in the remainder of states. (Minnesota DNR)

See the USDA Plants Map for distribution and status for your State.

Where have you seen this Trillium?