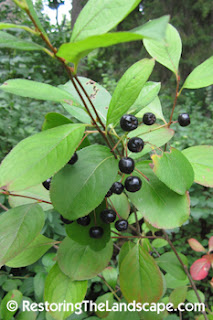 
This time of year when the blue-black fruit on the Black Chokeberry ripen, and when it most resembles the invasive European Buckthorn (Rhamnus cathartica).

We have several Black Chokeberry shrubs in our yard, a native shrub of sandy soils along wetland margins. Its glossy green leaves are similar in shape and appearance to European Buckthorn.


Both have serrated edges, and parallel veins that run from the mid-rib curving towards the leaf edge. 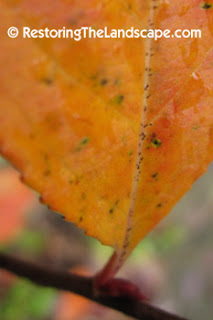 One distinquishing difference is that Black Chokeberry has black hair-like glands on the middle vein. 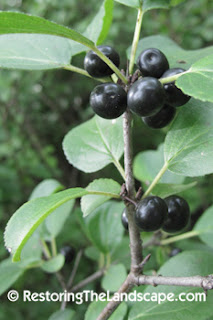 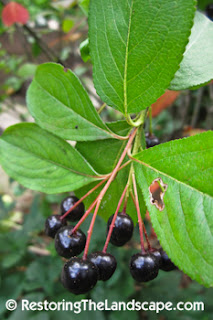 Black Chokeberry fruit are a pome, hanging downwards from 1-2" stems.

The two things that are quite different between these shrubs are the buds and flowers. 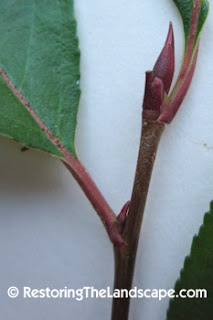 Black Chokeberry buds are reddish in color, smooth and pointed. The leaves are arranged alternately on the stem. 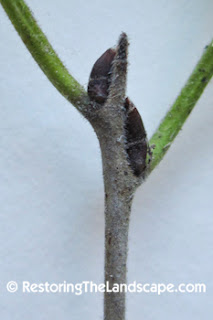 European Buckthorn buds are dark brown with scales. Leaf arrangement varies from alternate, to sub-opposite, to opposite. A "thorn" like stem often protrudes from the branchlets. 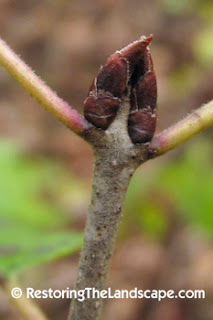 With an opposite occuring arrangement, look for a double bud, or often called hoof arrangement on European Buckthorn. 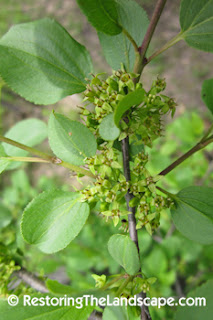 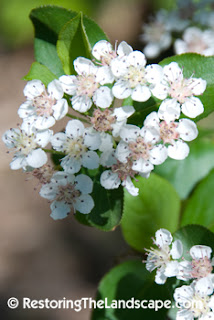 Black Chokeberry has beautiful, showy 5 parted flowers. It begins to flower around the same time, mid May.

Read an earlier post about other native European Buckthorn look-alikes.