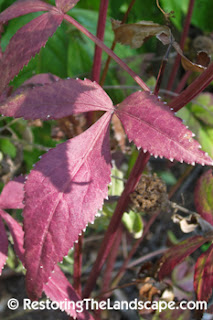 
Although this is a spring flowering native perennial, it's worth featuring this time of year for its fall foliage color.

The leaves and stems of Golden Alexander turn a bright maroon color in the fall giving it two seasons of interest.

A native of both sunny and shady sites, it prefers well drained soils that range from medium to moist conditions. 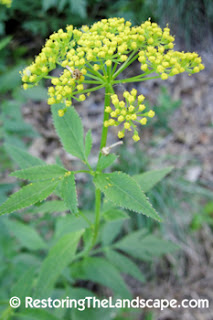 Golden Alexanders are a great native addition to the landscape because they flower early in the spring, starting as early as the second week of May in the upper Midwest. 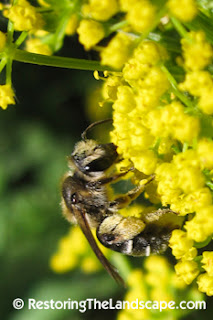 The clusters of yellow flowers are arranged in an umbel. The small flowers provide much needed nectar and pollen for emerging native bees.

This native also falls in the Parsley or Carrot family (Apiaceae) and is a larval host to Swallowtail Butterflies. 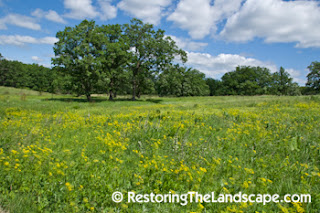