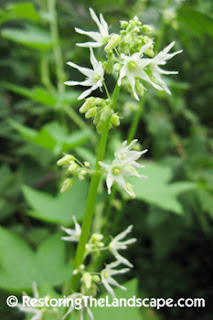 
The dried vines of Cucumber Vine are still evident this time of year as they hang from tree limbs and cover shrubs and grasses. 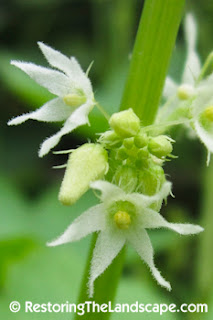 The white, six parted flowers emerge in mid July in clusters (racemes) along the vine. Most of the flowers are male, just a few female flowers are interspersed. 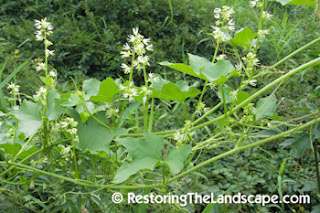 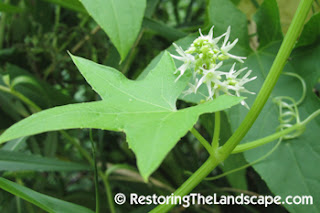 It will also climb vertically up trees clasping branches with its many tendrils.

The leaves on Cucumber Vine are very attractive, large and sharply lobed into a palm-like shape. 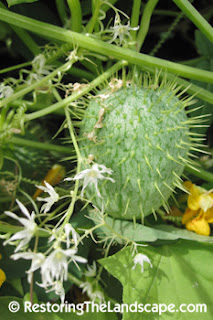 In early September the bladder-like seed pod develops, clothed with many sharp spines. Inside are 4, black shiny seeds. The pod turns a light brown as it dries, and eventually dried enough for the seeds to rattle around inside.

Seeds are available at some native plant nurseries if you have a good place to train this vine. It can be extremely showy when in flower, and equally attractive afterwards covered in seed pods. A full sun, moist location is ideal.