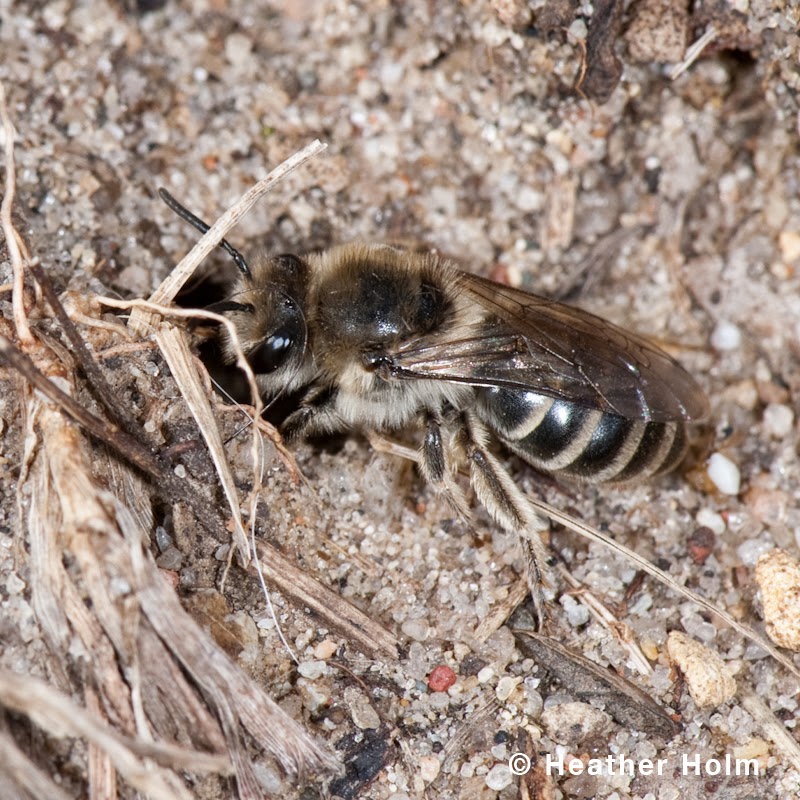 The Unequal Cellophane Bee is typically the earliest Colletes species to emerge in the spring in our area. This spring, I found several aggregations of nests on south-facing slopes at a local park.

Females began excavating nests as early as the third week of April (unseasonably cool spring). Other nests not on the exposed slopes were easy to find due to the prairie burn performed the previous fall. Ant nests clustered around the clumps of little bluestem grass, Schizachyrium scoparium in this prairie were dug/sought out by northern flickers in early April. The flickers did not show any interest in the cellophane bee nests.

The cellophane bee nests, besides those in aggregations on the exposed, sandy slope were scattered throughout the flat, open area of the burned portion of the prairie. In late April, on cool days, many females flew low to the ground perhaps searching for new nesting sites or orienting themselves to an existing nest.

Bee flies were also seen near the nesting sites when the nests were being excavated.

During the first week of May when temperatures reached 70 F, there was an increase in nest excavation activity, especially in the sites on the exposed south-facing slopes where soil temperatures were likely warmer.

They have one generation per year (univoltine). Males usually emerge first, digging their own exit burrows vertically from their brood cells followed by the females.
When these cellophane bees first emerged there were no plants flowering in the area. Batra (1980) observed these cellophane bees foraging on red maple, Acer rubrum flowers.
Many females were flying close to or landing on Eastern red cedar, Juniperus virginiana trees, to perhaps warm themselves in the unseasonably cool temperatures but were also observed there a few weeks later after the willows had begun flowering (above). Batra (1980), also observed swarms of these bees around a small pine tree and it was thought that the mandibular gland secretion by the males may have been applied to the pine to attract females for mating. 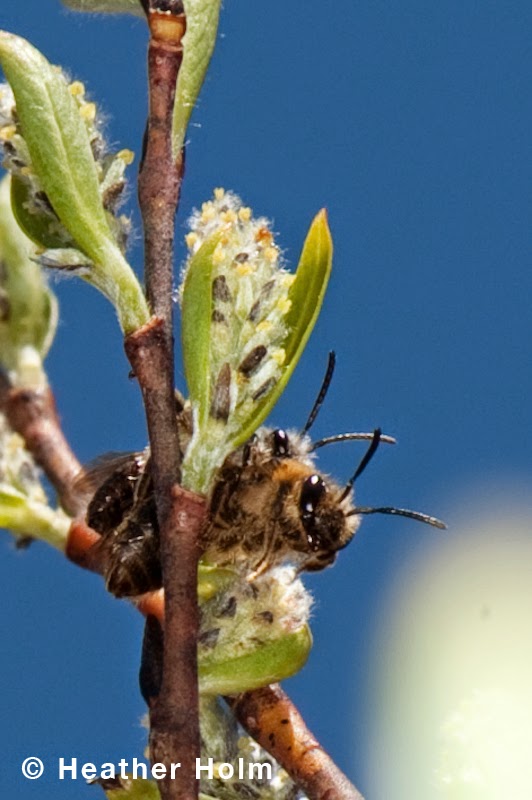 Willows were the first observed plant that these cellophane bees, both male and female foraged on in the park this spring. Copulation took place while the females foraged on willow flowers. 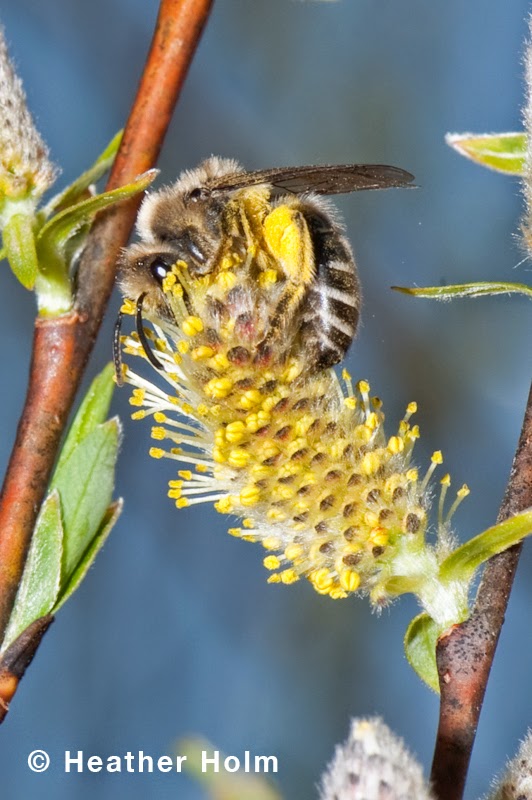