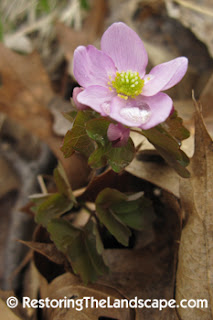 
Rue Anemone is poking through the leaf litter in our oak woodlands right now with the first flowers beginning to open. This is another tiny spring ephemeral native, easy to overlook as it slowly grows to about 6 inches in height. 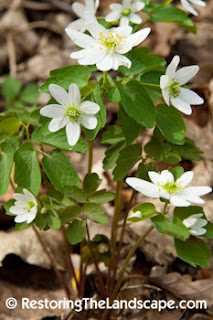 The flower color can range from pink to white, opening up as early as mid April but more typically end of April into May.

Rue Anemone is most often found in woodlands of medium to dry soil as well as along forest openings.

It is native to eastern North America, in a line from Ontario southwest to Texas and eastwards.
© Heather Holm, 2015. Heather Holm