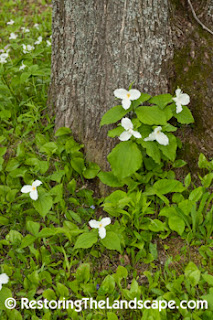 A native plant synopsis of our recent road trip to central Ontario from Minneapolis through northern Wisconsin & Upper Michigan.


Other posts about this trip:
Upper Michigan, Part 1

After crossing the border at Sault Sainte Marie, we drove along the north shore of Lake Huron. We stopped at Chutes Provincial Park half-way to Sudbury.

The Provincial flower, the Large Flowered Trillium (Trillium grandiflorum) was in full bloom and carpeted many of the woodlands throughout northern Wisconsin, Upper Michigan and Ontario. 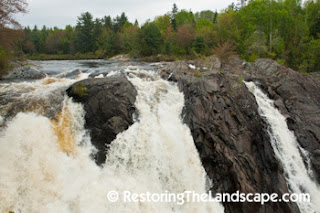 A large waterfall over the craggy bedrock was the feature at this Provincial park. Named for the wood by-pass chute that was constructed during the logging days to prevent log jams in this criss-cross waterfall. 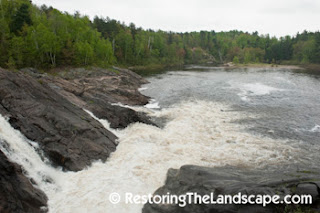 View down river from the falls. The wood chute would have been located on the far side of the rocks. This river will flow south into Lake Huron in about 2 miles from this point.

There were some great native plant combinations at this park. 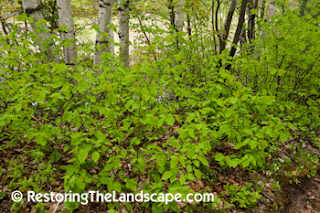 In this photo is Paper Birch and Sugar Maple with a Beaked or American Hazelnut understory. 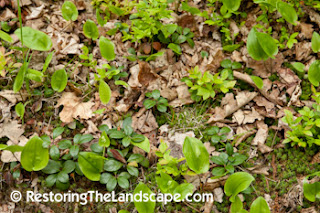 Low-Bush Blueberries, American Starflower (Trientalis borealis), Wintergreen (Gaultheria procumbens), and Canada May Flower (Maianthemum canadense) were just some of the low growing natives under the Hazelnuts. 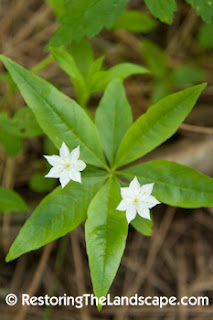 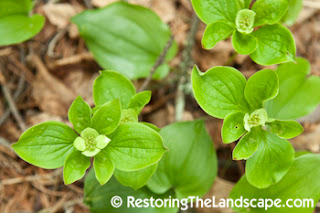 Also Bunchberry (Cornus canadensis), the smallest plant of the Dogwood Genus reaching only about 8 inches tall. Its tiny flowers were just opening and will turn white as they mature. 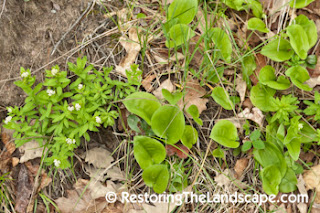 I also saw Bastard Toadflax (Comandra umbellata) growing amongst these other plants. The white flowers were not quite open.