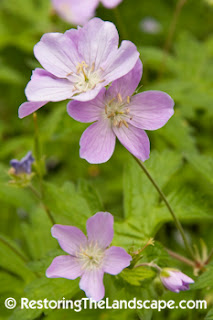 
Wild Geranium is an attractive woodland native in central Minnesota. Found in both sunny locations at the edges of mesic woodlands as well as in shady understories.

The light pink, five parted flowers open as early as late April arising on 2 foot tall stalks. The bushy foliage is palmately divided and coarse in appearance. The leaves can vary from light to dark green in color. 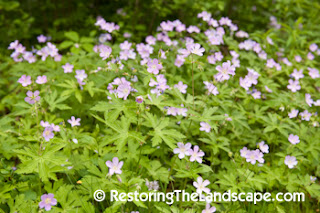 This is a great native plant for drier, well drained soils. I have planted several in my shady backyard woodland restoration and they perform really well. In local woodlands in moister soils, Wild Geranium will form large, showy masses. 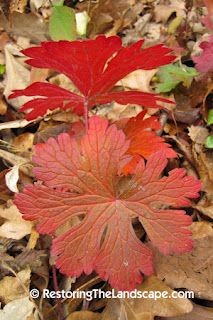 The leaves turn a beautiful bright red in the fall giving this plant several seasons of interest. 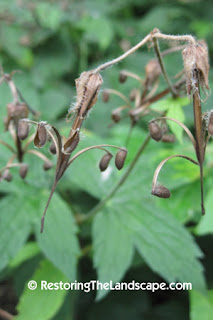 The seeds pods when dry, separate from the central capsule and each individual pod flares outwards resembling a chandelier. 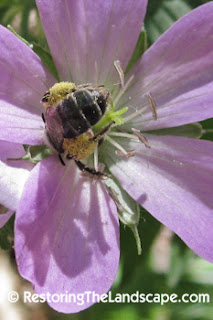 Look for many types of native bumble bees and smaller bees which are attracted to the open flowers.

Wild Geranium is native to eastern North America. See map below for range.