We just returned from a trip to Upper Michigan where we hiked in the Porcupine Mountains Wilderness State Park. This is an amazing park, close to sixty thousand acres of wilderness and almost half is old growth forest (the largest track west of the Adirondacks). 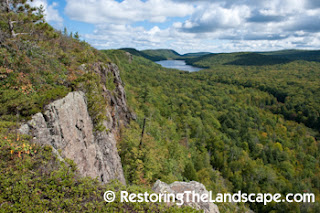 A large escarpment runs through the park running parallel to Lake Superior giving spectacular views of the interior of the park. In the shallow soils along the escarpment we found Bearberry, Blueberry, Serviceberry, Northern White Cedar, Common Juniper, Red Pine and Pin Oak. 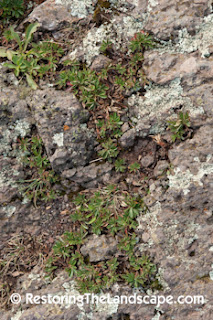 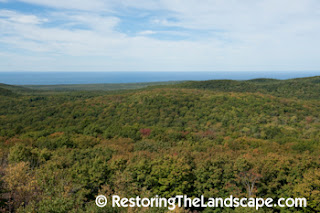 Views from the highest point in the park from an overlook looking north towards Lake Superior. 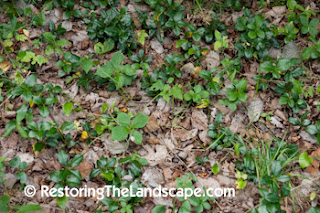 Wintergreen and Bunchberry were common woodland natives, as well as Partridgeberry, Hepatica and Jack in the Pulpits. 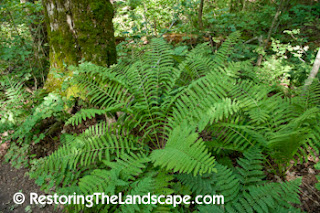 Large clusters of Cinnamon Fern and Sensitive Fern were along many of the hiking trails in the old growth forests growing under Sugar Maples. 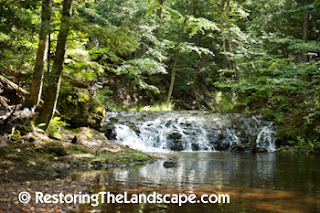 There are many waterfalls in the park, as many small and large tributaries flow from the hilly terrain into Lake Superior. 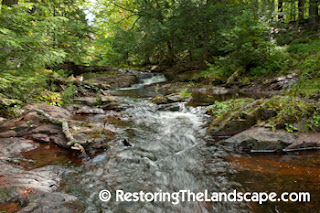 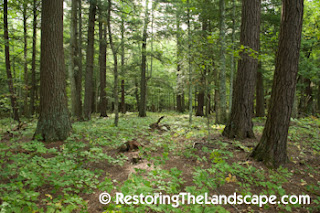 Large Hemlocks create a densely shaded understory limiting the number of herbaceous plants. Wild Sarsaparilla, and Bluebead Lily were found in the spongy forest floor beneath the Hemlocks, as well as several types of wood sedges and maple saplings. 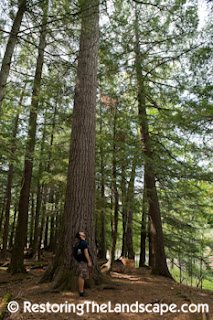 A large white pine which we estimated to be 13 feet in circumference towered above the Hemlocks at the top of a ridge by the Presque Isle River. 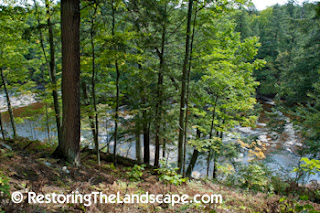 View of the Presque Isle river, with its tannin colored waters and many waterfalls.

The slate bedrock in the river had circular holes worn into it from the river. 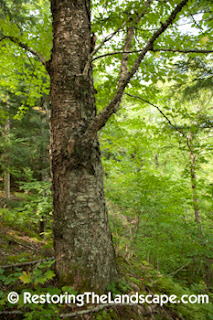 The other predominant tree species in the old growth forests was Yellow Birch. Often unrecognizable due to their size as the distinctive peeling bark is less apparent.