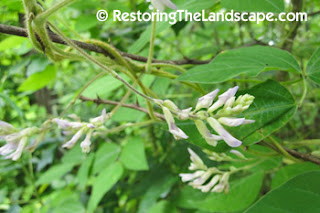 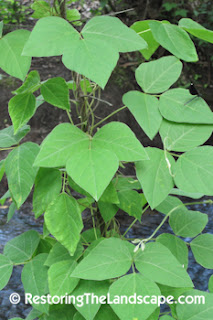 Hog Peanut Vine is a twining annual herbaceous vine of partially shaded woodlands and openings. It seems to like richer soil along streams and water edges, but can also be found on drier upland wooded slopes.

The three leaflets are often mistaken for Poison Ivy but the stems do not become woody like Poison Ivy. 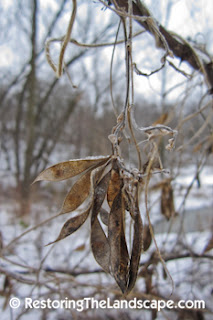 Hog Peanut Vine has light pink to white flowers that emerge in mid July. They are arranged in clusters on stems that emerge from the leaf axils. It also produces a second type of flower near the base of the vine which are "self-fertilized without opening." USDA Plants Database

Seeds form in a long pod in September. They are eaten by birds and rodents including "Ring-Necked Pheasant, Bobwhite, White-Footed Mouse and Meadow Voles". (Illinois Wildflowers)

Hog Peanut showed up in our yard last year, most likely from the healthy meadow vole population we have.

Many people weed this vine out of their yards not knowing all the benefits it can provide to wildlife. Not only are the seeds sought out, but it is a larval host plant to several butterfly species including: 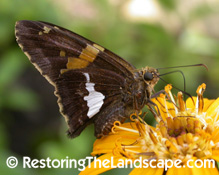